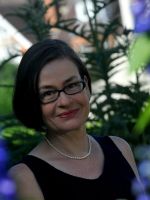 Rae Langton is the Knightsbridge Professor of Philosophy at Cambridge University. She has published groundbreaking work in ethics and political philosophy, feminist philosophy, speech act theory and social justice, and the history of philosophy. For more information, visit her website. 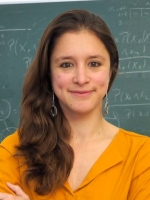 Patricia Palacios is an Assistant Professor in philosophy of science at the University of Salzburg and an external member of the MCMP. Her areas of specialization are general philosophy of science and philosophy of physics. Her research in general philosophy of science focuses on scientific explanation, reduction and emergence, and the role of idealizations in science. In philosophy of physics, she works primarily on the foundations of statistical mechanics and philosophical problems raised by phase transitions. Apart from that, she currently works on the application of physics methods to other sciences like economics and biology, and on the use of analogue experiments in science, especially in the context of black holes. She is co-editor of the Special Issue ''Infinite Idealizations in Science’’ (Synthese, 2019) and is currently writing a manuscript on Emergence and Reduction in Physics, under contract with Cambridge University Press. For more information, visit her website. 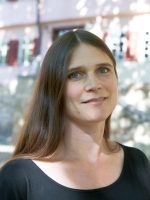 Alexandra Zinke is junior professor for philosophy at the University of Tübingen. Her research focuses on the philosophy of logic and epistmology. The book "The metaphysics of logical consequence" (Klostermann, 2018) discusses semantical and metaphysical presuppositions of logic, theories of logical constants, and the notion of formality. Her current research project is on suspension of belief and its formal representation. For more information, visit her website.